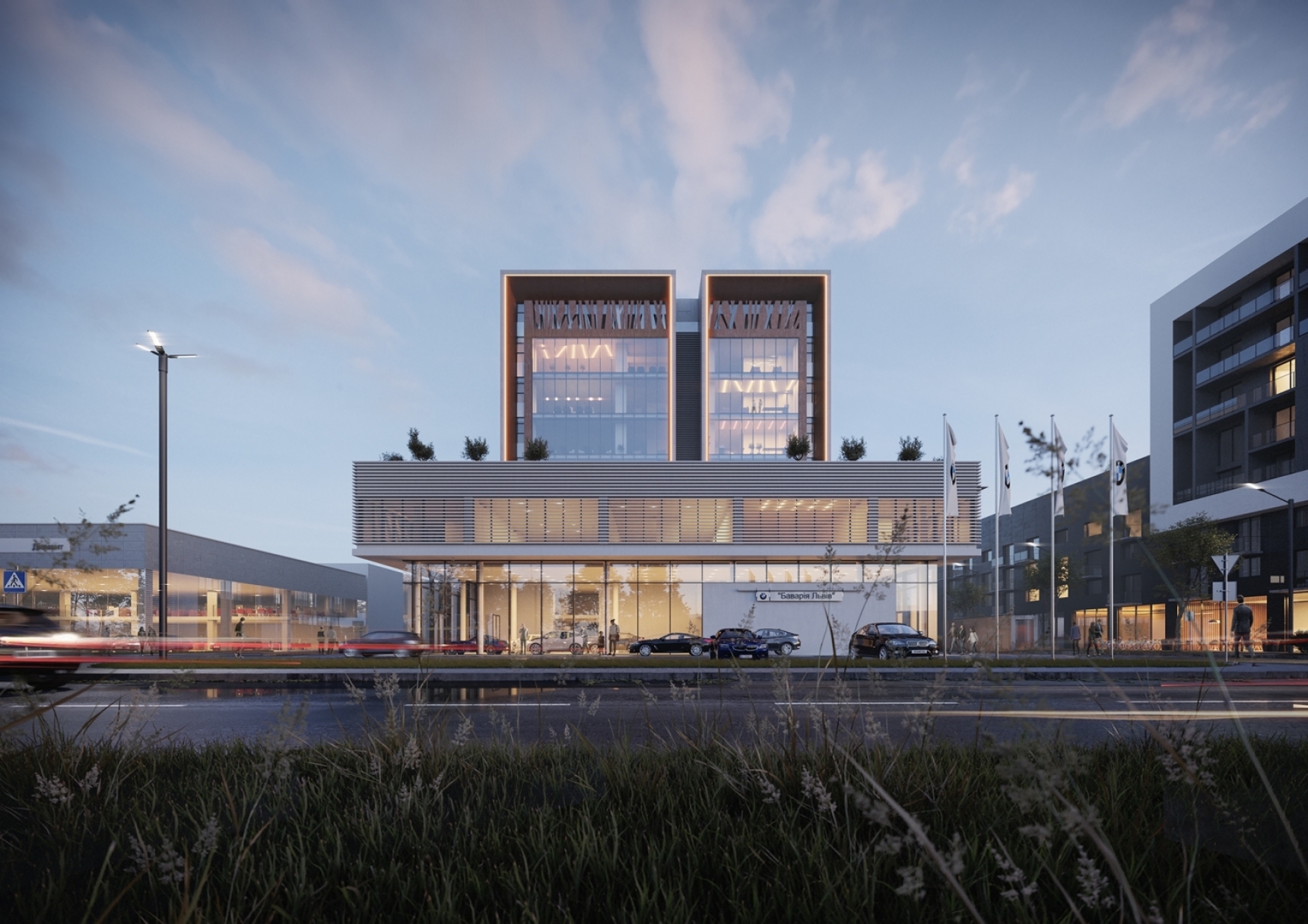 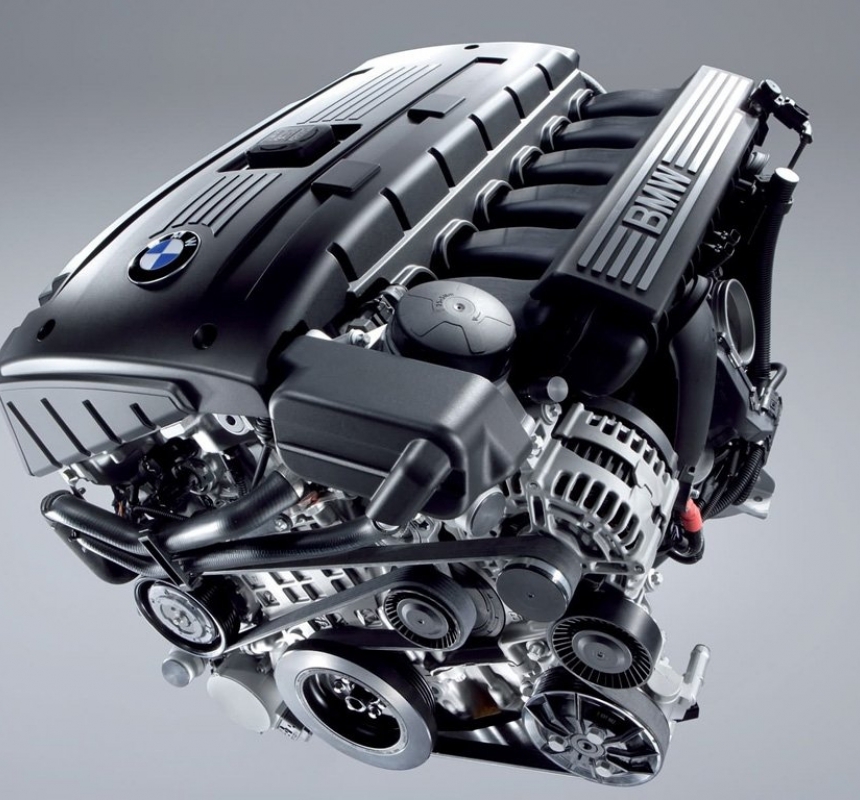 The first thing you need to know about this project in order to capture the brand's identity: V12 business center located between premium car dealerships and on the first floor of this business center, there should also be a BMW salon.

In addition, V12 offers 8,000 m² of office space of the highest comfort class, which are located within the walls of exclusive modern architecture.

As you can imagine, this data has already hinted at the direction in which you need to search in order to assemble a cohesive and understandable brand image.

MOOD-BOARD
We started working on a project with creating a mud-board. We collected words, colors, and objects in one visual series, which was associated with automotive theme and broadcast a vibe of the product status. (Later, the mud-board formed the basis of the brand book for the SMM team.)

NAMING
This stage helped create slogans and the first versions of the name. Among them was the name: V12. In the end, we've chosen it. After all, the V12 in the automotive industry is a powerful and reliable engine. An engine that moves the car forward. As good analogy as any for a business center where they will sell space for the offices of high-capacity companies?

Slogan: V12 is the engine of your business! 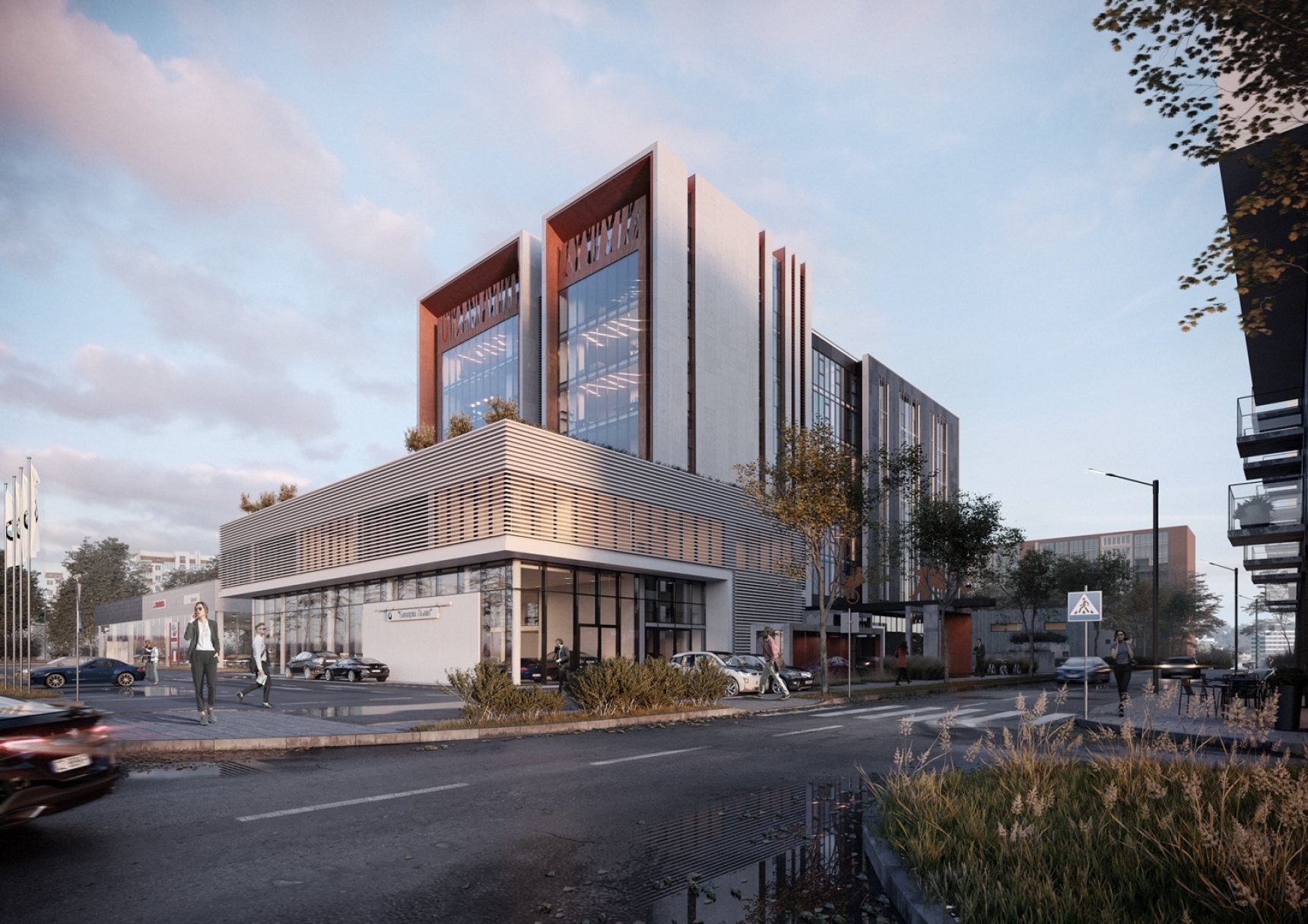 The highlight of this project was the METAPHOR. We took the main advantages of a business center and equated them with key automotive characteristics. This approach formed the basis of text communication with the target audience. This is how tone of voice of the V12 brand appeared, which is characterized by light notes of justified audacity.

You can get acquainted with brand positioning thanks to the brochures that we developed for the customer company, or on site. Its design is somewhat similar to the control panel in a German car: stylish and intuitive design, filigree code and multilingualism ;). 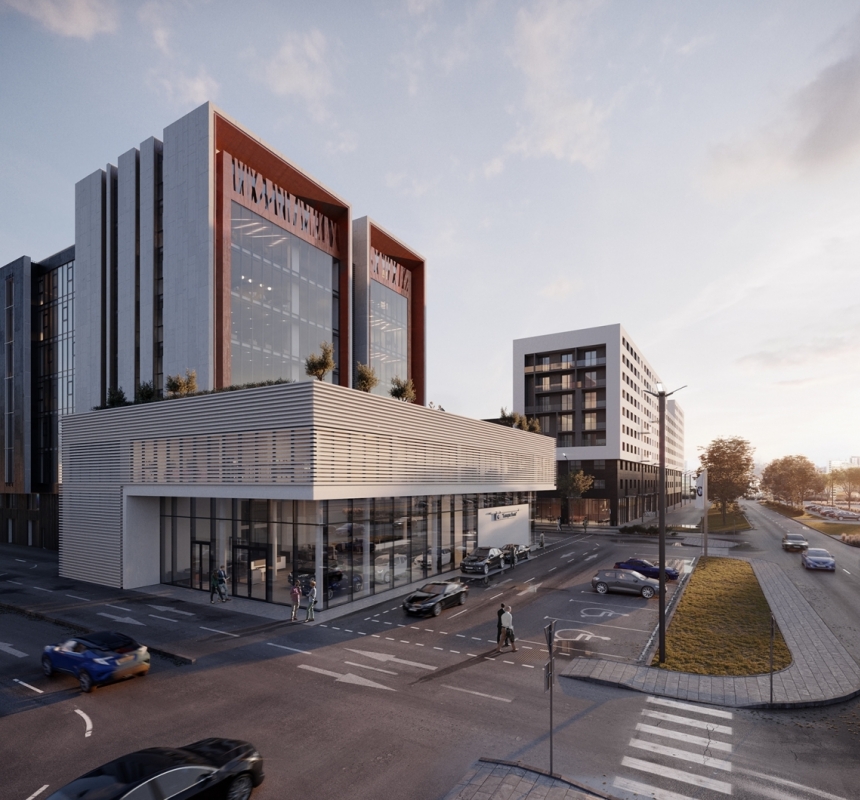 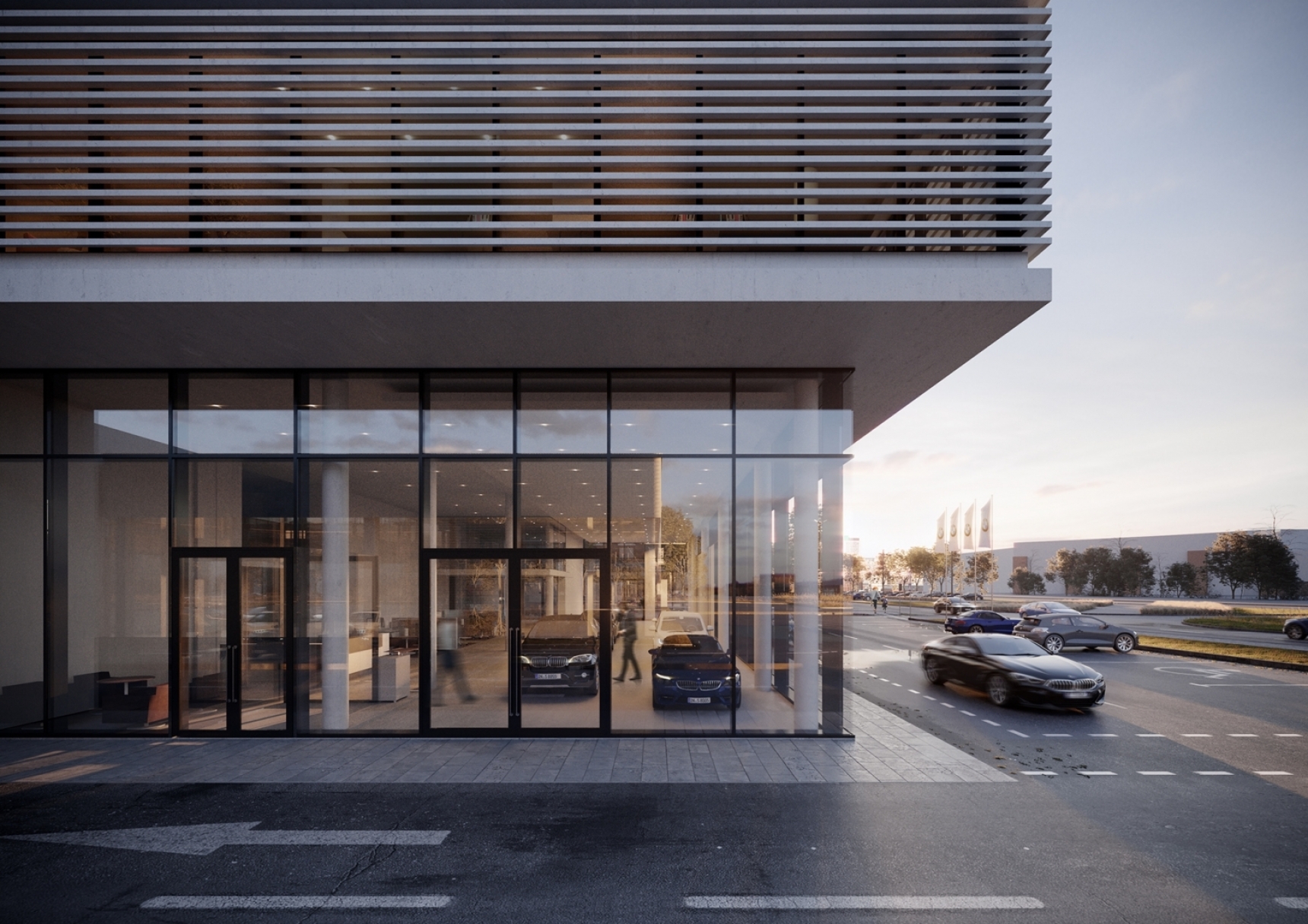 For V12, we also created a package of mega-atmospheric visualizations of the future facility. We did not choose such foreshortening by chance, because it is from these foreshortening that people will most often contemplate the architecture of this facility. We recreated the facade materials in accordance with the architectural task, and designed the mood and weather in three versions: morning (soft light that smoothed out the colors), noon (saturated shades that convey the clarity of architecture), evening visualizations (mood images that also represent the appearance of facade lighting).

Now the business center is already developed and therefore it is easy for a potential investor to evaluate the visual part of the project, and at the stage of creating a brand and launching sales of visualization were the first necessity, because they 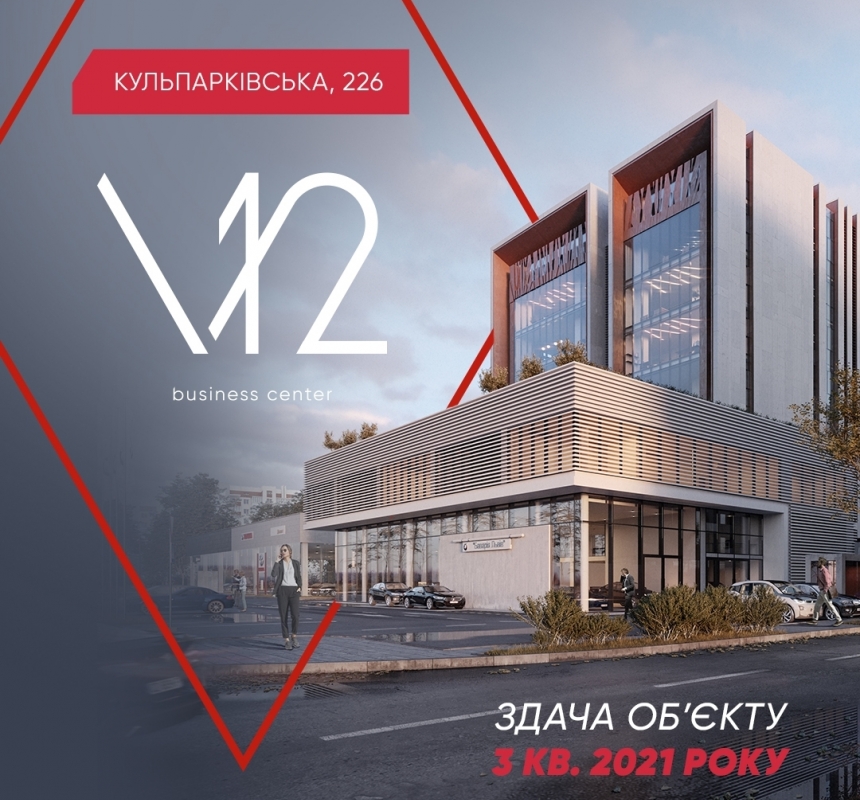 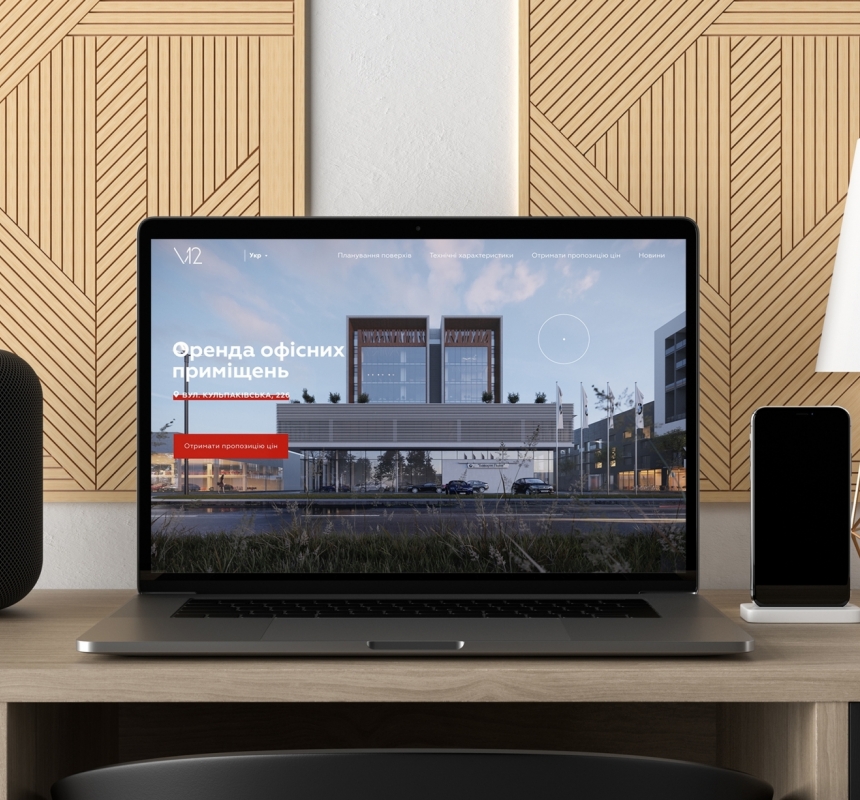 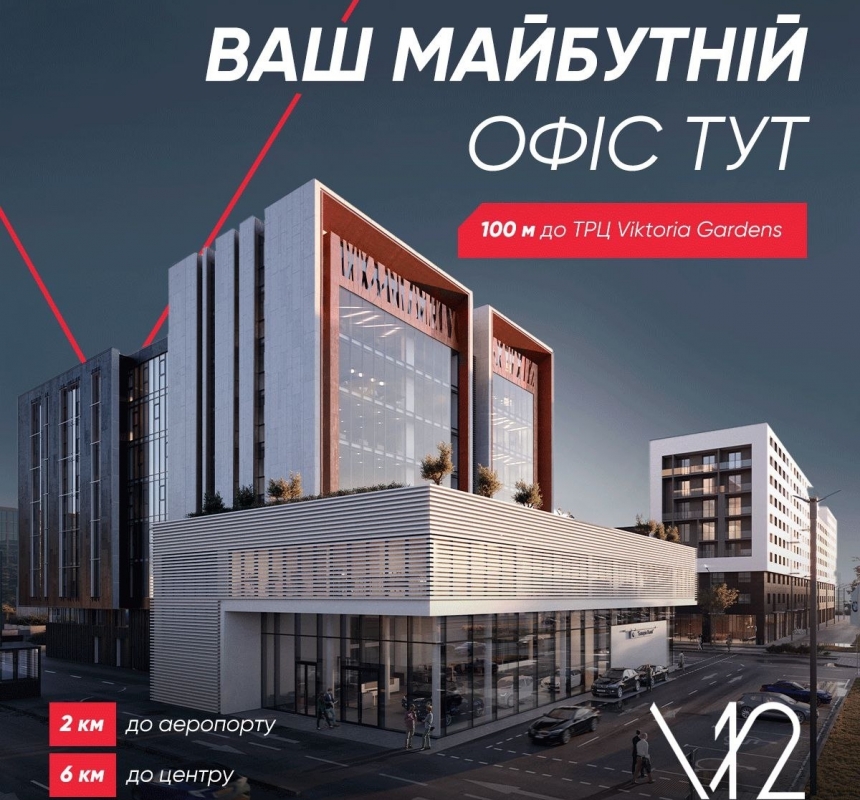